Natural Therapy Clinic has been operating since the early 1980’s and has been on the Gold Coast for the last 28 years, over that time we have come to realise that people on the Gold Coast are very health conscious in general, with that and the Gold Coast lifestyle in mind we have spent a lot of time not only working on improving people’s health and wellbeing, but also the development of anti-aging supplements
Introduction

Naturopathy maintains that the body can heal itself if given the right circumstances and conditions. It uses a range of treatments to stimulate the body’s own healing powers (‘vital force’). Treatments include nutrition, dietetics, herbal and nutritional medicine, counselling and myorthotics technique. Many of the foundations of naturopathy – such as the importance of diet, clean fresh water, sunlight, exercise and stress management – have been adopted by conventional medicine.

Naturopathy has evolved out of the ancient healing traditions of Europe, with its roots firmly grounded in early Greek medical philosophy but with an expanded and scientific understanding from more modern sources. It is now recognised by mainstream medicine as a valuable and effective treatment for a variety of disorders.

Naturopathy has a strong focus on the prevention of health problems and the early detection of a person’s likelihood of developing a health disorder (predisposition). Naturopathy is also very effective at treating acute and chronic health issues.

The range of disorders commonly treated by naturopaths includes:

The importance of homeostasis

In order to maintain its health, the body regulates itself to stay within certain physiological limits no matter what the outside environment might be. For instance, body temperature needs to be kept constant. On a cold day, the body will conserve heat by constricting the blood vessels close to the skin and directing blood flow to favor internal organs. On a hot day, the body will dilate blood vessels close to the skin and evaporate body heat with perspiration. Many other elements – such as blood gases, hormones and water – also need to be maintained within strict limits.

The process of maintaining this healthy internal balance is called homeostasis. Naturopathy believes that illness is more likely to occur if the body is ‘knocked out’ of homeostasis by lifestyle or environmental factors. The central idea is that the human body is capable of maintaining a healthy state if barriers such as excessive stress and poor nutrition are eliminated. This power to self-heal is called ‘the vital force’.

Holistic assessment
Your naturopath will want to know about your diet, lifestyle, family background and environment, as well as the history of your illness or complaint. This range of information is important to the practitioner, who seeks to discover the cause of the illness and treat you as a whole person, rather than target the symptoms alone. As well as taking a comprehensive health history, the naturopath might employ other assessment techniques, such as:

A range of non-invasive treatments

This is one of naturopathy’s foundations. A poor diet stops the body from functioning well and a build-up of toxins can contribute to a range of illnesses. Whole, fresh and unprocessed foods are recommended.

Herbs are as potent as pharmaceutical drugs and can be used to great effect.

Such as myorthotics technique and acupressure

Emotional problems and stress can interfere with the healing process. Counselling techniques can include stress management strategies and life coaching.

“I believe very strongly that people should take responsibility for their own health. That, to me, is the start of healing the body, mind, and soul to achieve a body in balance.” – Chris Tompson, Owner. 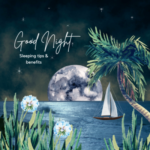 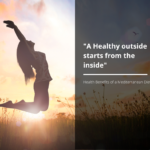 Health Benefits of a Mediterranean Diet